Home » Money » Branson gets behind TransferWise 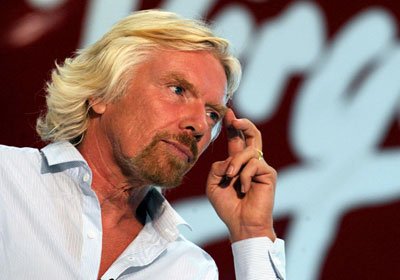 Richard Branson and a variety of other high profile investors have invested $25 million in London-based business, TransferWise. The company was established in March 2010, and offers global currency transfers, without the hidden costs associated with traditional means.

The Fintech start-up is one of a handful of innovative companies emanating from the ‘Silicon Roundabout’ district, with the potential to change the landscape of their particular sector. Indeed, TransferWise has already taken care of over a billion pounds in currency transfers, and banks and traditional transfer services such as Western Union will be looking over their shoulders with concern.

The lower-cost alternative service has an operating model far-removed from the common practice within the sector, using peer-to-peer (P2P) technology in order to minimise running costs. The savings are passed down to the customer, and the charges that are in place are transparent and upfront, something which cannot be said of the vast majority of financial institutions currently offering international transfers.

The TransferWise business model initially appealed to the founder of PayPal, Max Levchin, who was involved in a group of investors that contributed $1.3 million in the first round of funding. As far as endorsements go in the world of finance, it doesn’t come much better.

The new high-profile investment is the 2nd round and gives founders Taavet Hinrikus and Kristo Kaarmann substantial muscle in the marketplace. They intend to use the funding to expand their offices and head-count, as well as to further advertise the fact that traditional financial institutions hide their transfer fees and costs. They did run into trouble with the Advertising Standards Agency (ASA) last year, as they refused to pull any punches with the exposing of charges incurred unwittingly by the customer, but regardless, the message is getting through.

The London-based start-up has created some real momentum already, and with the public’s general mistrust of the banking sector post-2008, the backing of Richard Branson and super-investor Peter Thiel, plus $25 million to further establish their business, the future looks particularly positive for TransferWise.

The global currency transfer market is huge, and is growing. Both Hinrikus and Kaarmann released a joint statement after the investment announcement, proclaiming that the funding will enable them to further “expose the problem” of hidden bank fees to a global audience. The pair stated it is “outrageous” that banks claim in advertising campaigns that international transfers are free of fees, despite taking up to 5% in hidden charges and associated costs.

Virgin-head Branson seems excited by the potential of TransferWise, he offered his thoughts on the financial sector, claiming that it’s “been ripe for disruption” for a long time and that TransferWise will inject some much-needed transparency into an often confusing and suspiciously secretive sector.

With initiatives such as TransferWise, alongside international electronic currencies such as BitCoin, traditionally dominant bankers are going to be feeling slightly uneasy in their ivory towers right now.