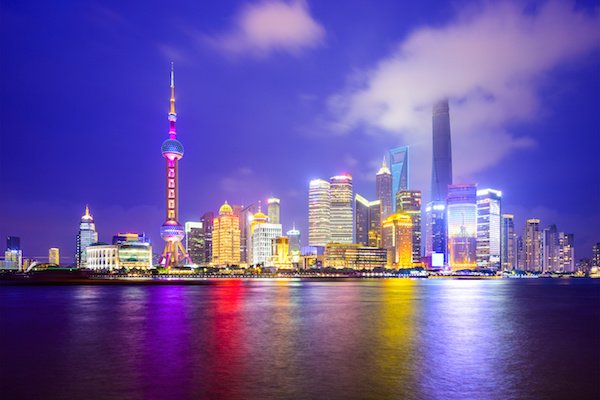 China became the world’s largest economy as we moved into 2015, overtaking the USA, and although some begrudging US economists may question the legitimacy of the IMF’s Purchasing Power Parity (PPP) report (preferring instead to take the GDP table as gospel), there is no argument with the fact that China does have the world’s fastest growing economy by quite some stretch.

China’s ambition is matched by its incredible infrastructure achievements and organisational abilities, something which can’t be said of smaller-scale countries trying to barge their way into the global elite. But with a population of 1.357 billion, there was never really likely to be much long-term global resistance, once their industrialisation attempts kicked into gear. People power always wins.

The country manages to manipulate their currency perfectly to make exports very attractive to global consumers, and cheap labour brings the world’s major industry giants to the region for production purposes (you’re probably wearing at least three items of clothing which were made in China right now).

This influx of business brought vast amounts of capital into the country, and this in turn attracts other industries – like finance and banking, hospitality, tech and health care – which creates huge opportunities for expatriates. China is attractive to international workers due to the relatively low living costs and the bumper salaries on offer to skilled foreign workers, so while the US witnesses annual declines in foreigners looking to work there, China’s expat appeal continues to grow.

China is seemingly constantly embarking on futuristic and ambitious infrastructure projects, a fact confirmed by the fact that they produce and consume nearly 60% of the entire world’s cement. Bill Gates wrote in his blog that in the two years from 2011 and 2013, China used more concrete than the USA in the entire 20th century. A stunning fact by any stretch of the imagination. Here’s some of the projects that have – and will continue to – establish China as a global emerging power.

The Three Gorges Dam is the world’s largest power plant, and it just recently broke the world record for annual hydroelectric power production. In generating 98.8 billion kilowatt-hours of electricity, it surpassed the record set by the huge Itaipu dam in Brazil and Paraguay.

Despite some well documented environmental concerns, this output is equivalent to burning 100 million tons of coal. That’s quite a lot of carbon dioxide emissions saved right there.

China to Russia in Two Days

The high-speed Chinese rail link between Beijing and Moscow will set them back around $242 billion, but will cut the travel time between the two cities by rail to two days from the current five day trip commuters have to endure.

The railway will stretch for a staggering 7,000km (five times the length of the UK), and the project marks a continuation of the emphasis China places on their high-speed train technology. The fastest train in the world runs between Beijing and Shanghai (also the longest high speed rail project currently) and reaches a maximum speed of 223mph, while the Shanghai- Hangzhou maglev inter-city train project promises that their service will run at 280mph when it is completed.

China just aims to do everything bigger and better than the rest, and they seem to be succeeding. The second tallest building in the world sits in Shanghai (The Shanghai Tower), with China also having nine of the top 20 tallest skyscrapers globally. The New Century Global Centre is the largest building in the world and could house an unbelievable 20 Sydney Opera Houses inside its four walls.

Leading the World in Renewable Energy

As well as these fantastic feats of engineering, China is pursuing renewable energy sources on a scale larger than any ever witnessed, with plans in place to double the number of wind turbines in the country over the course of the next six years.

China already produces more wind-generated power than anyone else, but by 2020 they aim to install a capacity of 200 gigawatts (GW), compared to their current 75GW. Production is well under way for this.

The country is seen now as the place to be. They have relaxed their international visa requirements (slightly), the culture is rich and diverse, the people are extremely welcoming, and they continue to build at such a pace that for those seeking an exciting, fast-paced environment, it’s impossible to look beyond China. It’s staggering to think that in the 80’s there were no skyscrapers in Shanghai, just a lot of rice fields. Now the city has emerged to become the largest in the world and is the gateway to Asia. Other cities in the Middle East, and the West look on with envy at how well the infrastructure has been managed, and the way in which the city has been crafted from nothing.

China will continue to grow, and is predicted to become a global “superpower” within the next 10 years. It could be a lot sooner. People of all nationalities are now looking at the opportunities offered up by a country which more or less has the biggest and best of EVERYTHING in the whole world right now. So while the US and European Union members may still warn of human rights problems, over-population and environmental concerns, I would recommend seeing it for yourself, you won’t believe your eyes.