Home » Technology » Internet of Everything 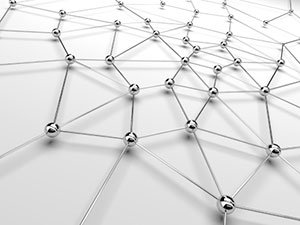 The meaning of being ‘connected’ has changed a lot over the years, but no one ever envisaged such a simple word meaning so much as technology and  humans move from the world of science fiction to science fact and the internet of everything.

The internet of everything, or IoE, is when humans, data and devices merge into an interactive  network which access, merge and interact with each other.

The pace of how the IoE is developing is astonishing.

The internet was hardly around in the early 1990s. Now, it’s part of the fabric underlying personal relationships and business.

The first interfaces people accessed to use the internet were fixed – small memory computers with limited capabilities.

Since then, devices have proliferated, left their fixed place at the desk and become more mobile.

The first mobile phones were anything but unless you had a car as the batteries were so big and heavy.

But today phones are not much bigger and heavier than a credit card and include processing power that the first home computer users could only dream about.

Technology is shrinking and becoming more interactive. Now you can get eyes-up displays from Google Glasses and go online with a wrist watch.

These micro devices are internet-enabled and link in with cars, appliances and games consoles opening up endless possibilities at the blink of an eye.

Now, accessing email, taking videos and speaking to home or work while on the move is an everyday fact rather than a scientific theory.

Technology firms are now looking at how the IoE becomes a reality for millions rather than a few thousand.

The only limits are those humans place on themselves as technology moves forwards at a lightning pace.

Cisco Systems, one of America’s big technology infrastructure companies, is certain this new wave of the IoE has started.

“As the things connected to the internet are joined by people and more intelligent data, IoE could potentially connect 50 billion people, data, and things by 2020,” said a spokesman.

Maybe ‘vorsprung durch technik’ is the future – man benefitting the advantage of technology as a new stage of evolution.

The key is solving the problem of how to make all these devices speak the same language.

Once the standard is agreed, and Java or some adaptation of Java, seems the way forward, everyone and every device connected to the IoE can communicate and humanity will take a step to becoming one entity made of many personalities – the human hive.